China, Australia, Canada these are some examples of countries for which wood treatment is required.

But what does that treatment really mean ?

ISPM 15 (International Phytosanitary Measure 15) is a phytosanitary regime prepared by the International Plant Protection Convention (FAO) in March 2002 with an adaptation in 2006. The scheme describes the treatment of wood that is used in the international traffic of goods with the aim of killing organisms as parasites in the wood. The arrangement applies mainly to means of transport such as transport cases and pallets.

Since 2015, heat treatment (HT treatment) is the only treatment that can be applied in large scale. The wood must be heated for at least 30 minutes, such that its core reaches a temperature of 56 ° C.

The scheme applies to untreated wood products with the exception of wood less than 6 mm thick and wood formed as a plexic material (duplex, triplex et cetera) which has normally undergone a chemical and / or temperature-increasing and / or pressure-treating treatment and material that composed of sawdust and woodwool. 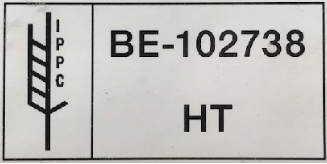 For our packagings we use wood that has already been treated in advance. The ISPM15 stamps that we put then on our wooden boxes are here proof of. 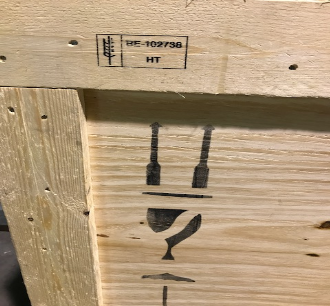